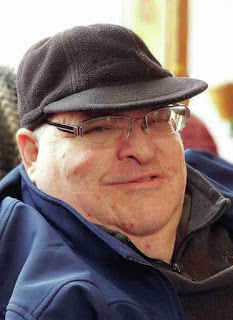 Dave Kanell, who formerly owned and operated Kingdom Books in Waterford, VT with his wife, Beth, until it became economically unfeasible, passed away earlier this month. Dave was a goodhearted, generous, and gentle soul who first and foremost loved his wife, then the NY Yankees, crime and mystery books, especially those taking place in Vermont, his corner of his adopted state of Vermont, and his Jewish book collection. Anyone who used to go to the holiday parties at Kate's Mystery Bookstore would've met Dave as one of Kate's helper elves. Similarly, if you'd gone to any of the New England Crimebakes before Dave's health started to fail, you would've had a good chance of meeting him. Or if you were a New England crime/mystery writer while Kingdom Books was still operating, Dave probably would've gone out of his way to help promote your books.

I first met Dave in 2008 at Kate's holiday party. With me being a Jewish writer from New England and Small Crimes taking place in Vermont, it was inevitable that Dave would be interested in the book, and we soon became friends, with Dave and Beth taking a special interest in my writing and helping to promote me in any way they could. Dave might've also been Julius Katz's most ardent fan, and if Beth agrees, I'll find a way for Dave and Kingdom Books to live on in future Julius Katz stories.

Writing can be a hard business, but what makes it worthwhile is meeting and becoming friends with people like Dave. I always enjoyed our phone calls, whether we talked about books, our favorite authors, the publishing industry, baseball, politics, or whatever subject we ended up on. I'll miss Dave. The world has gotten a little bit colder without Dave being part of it.

I  don't necessarily want to play favorites here and give short shrift to the novel, but a great ending is more important for a short story. Good endings are needed for novels--you can think of a novel as a large ocean liner being brought into port. The ship has been out at sea for days and it's been a fun trip, and you certainly don't want to ruin it at the end by crashing and sinking the ship as it's being brought into the harbor. As long as most folks leave the ship happy, good job! And so with a novel, it's the journey that matters most, although a stunning and startling ending certainly doesn't hurt.

Short stories are different. The reader needs a great ending for the story to be worth their time.

So what makes a great ending? It depends on the genre.

For mysteries, all the elements to solve the mystery have to be present so the reader has a fair chance to solve it, yet doesn't, but still ends up admiring the solution and not feeling cheated.

For crime fiction (and other genres as well), the endings I strive for are ones that changes everything the reader believed he or she knew about the story and does so in a way that makes perfect sense. It will leave the reader gobsmacked.

Posted by Dave Zeltserman at 2:49 PM No comments:

I am now a Black Mask author 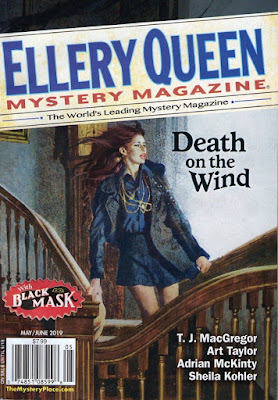 There's no crime writer I admire more than Dashiell Hammett. The Continental Op stories are a gift to all of us, and Hammett's five novels in a way created five different subgenres of crime fiction: The Maltese Falcon, the search for the MacGuffin, Red Harvest, the stranger cleaning up the crime-ridden town, The Glass Key, the political crime novel, The Dain Curse, the supernatural crime novel, and The Thin Man, the screwball crime novel. There's never been a writer who has had more influence on the crime fiction genre than Hammett and whose works I revere more. Ellery Queen Mystery Magazine is the premiere crime fiction magazine, and I never take it for granted being published within its hallowed pages, but it's because of Hammett's connection with Black Mask that having my 18th EQMM story be published as a Blask Mask story means something extra special to me.

You can read an excerpt of my story Brother's Keeper.

Posted by Dave Zeltserman at 9:07 AM 2 comments: 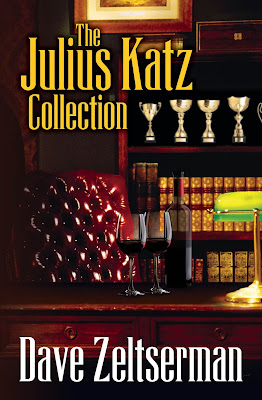 Publishers Weekly has conducted a thorough investigation of The Julius Katz Collection, and their conclusion: fresh and funny … There’s good fun to be had along with the brainteasers in this sprightly volume.
Posted by Dave Zeltserman at 10:31 AM No comments: