The Hunted & The Dame back as Nook Books!

The Hunted and The Dame are back as Nook Books!

Posted by Dave Zeltserman at 7:29 AM No comments:

JULIUS KATZ MYSTERIES back for the NOOK 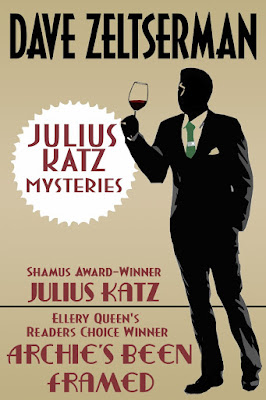 JULIUS KATZ MYSTERIES which features my Shamus award-winning story, JULIUS KATZ, and my Ellery Queen's Readers Choice Award winner, ARCHIE'S BEEN FRAMED, is now available for $1.99 as a NOOK book.

Posted by Dave Zeltserman at 2:42 PM No comments:

Looking again at A KILLER'S ESSENCE 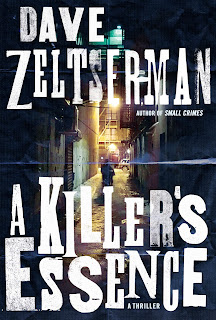 "This eerie thriller deftly blurs the lines between madness and the perception of reality." Star-Ledger

"Zeltserman’s signature creepiness is available here and there, but what really drives this novel is the engaging portrait of an honest, hardworking cop who, on the job and off, gives the best he’s got, knowing how rarely it will be enough." Kirkus Reviews

With baseball playoffs only a few weeks away, I thought I'd look back at A Killer's Essence, which takes place during the most exciting time in recent history for Red Sox fans--the 2004 ALCS

While A Killer's Essence is a dark noirish tale with more than a dollop of weirdness, it's also in a way an ode to those playoffs. Just as The Bad Lieutenant is centered around a (fictitious) Mets-Dodgers National League Championship series, same is true with A KILLER'S ESSENCE and a very real 2004 ALCS Red Sox-Yankees series, and is written from the POV of a diehard Yankees fan (and yes, I had a lot of fun doing that--as the Boston Globe noted "Now, in “A Killer’s Essence,’’ comes the ultimate in empathizing with the dark side. Zeltserman, who lives and dies with the Red Sox, creates a protagonist who - the horror - is a Yankees fan.)

The wake started to lose steam around midnight. Word had spread that the Yankees got bombed badly by Boston which only added to the weirdness of the night. It was just a baseball game, it didn’t really mean shit. Inside the restaurant was reality. A good husband, a damn good father, and a hell of a friend dead for no reason that made any sense. I don’t know, though, you grow up with certain absolutes, like believing in the law of gravity, and then learn at age thirty-nine that it’s all bullshit. Yankees are supposed to win championships, Red Sox are supposed to find ways to lose them. Now, after blowing a three to nothing lead, the Yankees end up suffering what could be the worst choke job in the history of baseball, maybe in all of sports. It wasn’t supposed to be that way. While Boston would still have plenty of opportunities to blow the World Series, it still seemed as if the world had been flipped on its head. Maybe hell did freeze over and I just hadn’t gotten the weather report.
Posted by Dave Zeltserman at 8:34 AM No comments: