Still time to give Aukowies for the holidays! 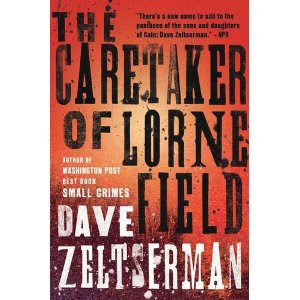 Stumped on the holiday present to give the person who has everything? May I suggest Aukowies? They can make the perfect present, especially for those who tend not to have the best luck with house plants or goldfish. They're easy to feed, and also they're tough, durable, and nearly impossible to kill. And now with the paperback edition of The Caretaker of Lorne Field, a book full of Aukowies have never been cheaper!

Here are 10 additional reasons to consider giving the gift of Aukowies during this holiday season:

8) "Harrowing. Zeltserman colors it black with the best of them." Kirkus Reviews

10) "superbly crafted horror story" Booklist
Posted by Dave Zeltserman at 8:37 AM No comments:

JULIUS KATZ & ARCHIE is now free for Amazon Prime members.
Posted by Dave Zeltserman at 9:40 AM No comments:

Caretaker and A Killer's Essence on the web

The trend with The Caretaker of Lorne Field continues as Jim Winter has his say.

A Killer's Essence is highly recommended by A Momentary Taste of Being.

According to Newport Public Library, A Killer's Essence is "a quick, quirky, fresh read, noir yet with a hopeful ending, and to me, the best part is, this Zeltserman guy has 5 previous books in our library system."
Posted by Dave Zeltserman at 8:21 AM No comments: 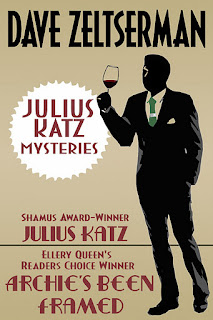 Since making JULIUS KATZ MYSTERIES free on Amazon I've had 30,000 Kindle downloads. I was originally hoping to get around 20-25K downloads, and it did start petering out around 25K, but then a week ago Pixel of Ink gave it a mention, and that caused another relatively quick burst of 5000 downloads. So now the big question is how many of these free downloads are going to get read? If enough do, it should generate enough sales of JULIUS KATZ AND ARCHIE to allow me to start working on the next Julius Katz novel, if not, I'll keep writing Julius Katz short stories for Ellery Queen Mystery Magazine, so Julius Katz will continue in one form or another. The next Julius Katz story, ONE ANGRY JULIUS, will be appearing in the June issue of Ellery Queen (out in March), and sometime later, ARCHIE SOLVES THE CASE will also be appearing.

If you're a fan of Julius and Archie and would like to see another novel, you can help by leaving a review on Amazon and/or spreading the word elsewhere. In this day of ebooks, this type of support is critical from readers.

One thing I've learned during this process--if you use Smashwords, always opt out from distributing to Kobo. For several weeks I've been trying to get the price of JULIUS KATZ MYSTERIES set on Amazon to $1.99, but I can't because the price is still set to $0.00 on Kobo. Weeks ago I opted out on Smashwords to remove JULIUS KATZ MYSTERIES from Kobo, but it's still there, still with an old cover from probably 6 months ago, which also shows Kobo isn't picking up updates from Smashwords.
Posted by Dave Zeltserman at 8:45 AM No comments: 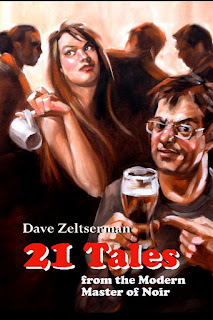 Some reasons to get the print, kindle or Nook versions of 21 Tales:

1) You've read or are planning to read my crime noir novel, Small Crimes, which topped NPR's list of best crime and mystery novel of 2008, as well as making the Washington Post's best books of 2008, then you want to read 21 Tales for the Manny Vassey stories. Manny Vassey is a dying mobster who's at the heart of Small Crimes, but he also appeared in several of my early crime stories, which have been collected in 21 Tales.

2) 21 Tales has a pre-'Fast Lane' Johnny Lane story, where you get to see Johnny Lane at a time where he gets to play the Lew Archer-type PI he always dreamed of playing.

3) If you've been enjoying my Julius Katz stories, then you want to read my Pete Mitchel stories to see the origins of Julius. While I originally wrote 'Julius Katz' for the Black Orchid contest as a tribute to Nero Wolfe, there's every bit as much of the DNA from my con man, Pete Mitchel, in Julius, as there is from Nero Wolfe.

4) If you've been enjoying my stories in Ellery Queen Mystery Magazine or other publications, you'll enjoy 21 Tales as the stories range from light + humorous con man stories to the darkest noir.

5) Authors Tom Piccirilli, Paul Tremblay, Roger Smith, Vicki Hendricks, Ed Gorman and Lynn Kostoff have all spoken up about how much they like 21 Tales. New Magazine has called 21 Tales 'inventively depraved'. Bookgasm wrote 'I’ve become a big fan of Dave Zeltserman for one simple reason: The man can write. 21 TALES, a collection of his short stories, surely will satisfy the most die-hard fan, while also giving bite-size tastes to the unconverted.'
Posted by Dave Zeltserman at 11:04 AM No comments: