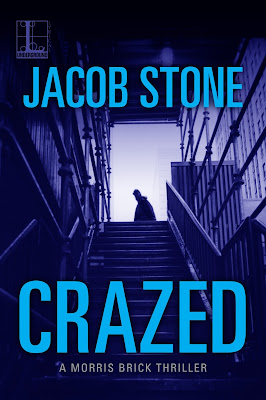 That author's name on the cover, Jacob Stone? It's a pseudonym. I'm writing these. When I started this thriller series for Kensington, they wanted a different name for marketing purposes to differentiate this series from my other books. But these thrillers have the same twisty plots and darkness as my crime novels, with some of the humor from my Julius Katz stories. And I have to think my bull terrier Parker is as endearing a character as Archie from those Julius Katz stories.

Originally I was going to make what became my third Morris Brick thriller, MALICIOUS, my follow-up to DERANGED, which is why DERANGED has the epilog that it does. But after the conclusion of DERANGED, which finds Sheila Proops not only alive but free, I decided I needed to bring her back, and so CRAZED was born.

The serial killer in CRAZED, Griffin Bolling, is quite a piece of work, to the say the least. At the beginning of the book, he decides he’s going to make Sheila one of his victims, and travels from Seattle to Los Angeles, leaving a trail of corpses in his path. When he finally meets up with Sheila, plans change, and I think readers will find his partnership with Sheila chilling. Added to the mix is a desperate wannabe filmmaker, Allen Perlmutter, and when Perlmutter stumbles upon what Sheila and Griffin are up to, he starts spying on them, thinking he’ll be able to get enough material to make a blockbuster movie, and that fame and fortune will soon follow. Perlmutter and his rationalizations is what I believe makes this thriller really sing.

Of course, Morris Brick is back, as is his charming wife, Natalie, their daughter Rachel, and the rest of the MBI (Morris Brick Investigations) team. So is the actor Philip Stonehedge, and Morris’s stubborn-as-hell bull terrier, Parker

Bill Crider on CRAZED:  “Great stuff if you like serial killer thrillers with a difference and highly recommended.”
Posted by Dave Zeltserman at 12:35 PM No comments: 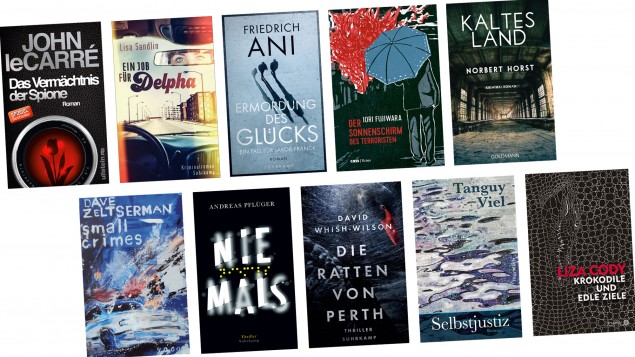 Posted by Dave Zeltserman at 11:54 AM No comments: