A Slice of MALICIOUS 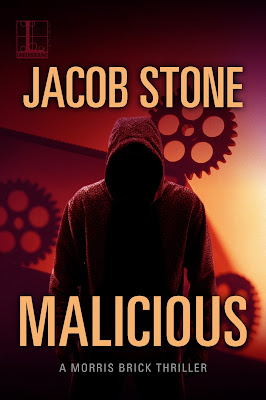 “Excuse me, Miss, do you have this in teal?”

For several minutes, Hannah Welker intentionally ignored the skinny man with the scraggly beard as he performed an assortment of pantomimes to get her attention. One of the perks of working for Hipster Dipster was that the sales personnel were required to be rude. It was considered part of the ironic charm of the store. But she also had an English Lit paper due tomorrow on Wise Blood by Flannery O’Connor, and she still had over a hundred pages that she needed to read before her shift ended, so she was planning to be more than just ironically rude to this guy. If she could get away with it, she was going to flat out act as if he didn’t exist.

“Wise Blood. Cool book,” the guy said. “Must be hard reading it with customers like me bugging you, huh, Miss?”

“Ah ha! I got your attention. Finally. So will you see if you have this in teal? Twenty-eight waist, thirty-six length.”

Hannah had made the mistake of acknowledging his presence. He wasn’t going to leave now. She looked up from her book to see the skinny guy grinning widely. After all, treating him like dog poop was all part of the fun. Sighing and giving him her best put-upon look, she said, “If that’s the only way I can get you to leave me alone, fine, I’ll go check.”

She got up and flashed him an exasperated look. He giggled, thinking it was part of the act. It wasn’t. On her way to the stockroom, she gave an extra-long look at a mannequin she passed in the women’s section. This one was dressed in tan leather boots, plaid green and yellow pants, a gray blouse, and a flowery cotton sweater. It wasn’t the outfit that made her stare. She kind of liked it. But each time she had passed the mannequin that day something about it seemed off, and she couldn’t quite figure out what it was.

She found the teal-colored pants that the skinny guy was asking for. She almost went back empty-handed, because now she was going to have to spend time ringing up the sale. But doing something like telling that guy the store didn’t have an item that it did could get her fired, and this was a sweet gig, especially with all the time it gave her for her college work.

She stopped to look again at the mannequin. Something was definitely wrong about it. She decided after she finished Wise Blood she’d satisfy her curiosity and figure out what it was that bugged her.

“Your lucky day,” she told the skinny guy in her best bored voice as she handed him the pants.

“I’m sorry if I interfered with your reading pleasure,” he said, still grinning.

“Ah ha. You figure out yet what your paper’s going to be about?”

“I’m not sure yet. I  still have over a hundred pages to read. But something about sin and faith.”

A loud popping noise, like what a large firecracker might make, got both of them turning in the direction of the stockroom. This was followed almost immediately by a crashing noise.

“What was that?” the skinny man asked.

Hannah had no idea.

She wasn’t going to turn down his offer of chivalry. What really spooked her was where the crashing sound came from. It might’ve only been her imagination, but she could’ve sworn it was where that creepy mannequin had been set up—the one that had something off-putting about it.

The skinny guy, who told Hannah his name was Josef, led the way toward the stockroom, and sure enough it was the mannequin that had crashed to the floor and now lay in two pieces—the upper torso and the lower half. The lower half was by far the bigger piece, and it didn’t look right to Hannah. Whatever the popping noise was, it had split the pants revealing not plastic, but instead what looked like bloodless, way-too-white flesh.

He was pointing at a small puddle leaking out of the lower half. Hannah all at once felt woozy, and she would’ve collapsed to the floor if Josef hadn’t caught her.
Posted by Dave Zeltserman at 3:27 PM No comments:

About my upcoming horror novel HUSK 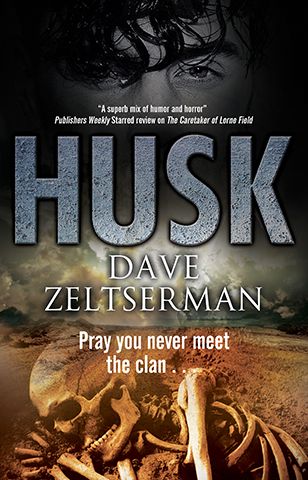 “Dave Zeltserman’s HUSK is a compelling, quirky, twisty, smart, page-turner mix of horror, satire, and even a little romance with (yeah, I’ll say it) bite. A brutal love story perfect for our dark times.” Paul Tremblay, author of A Head Full of Ghosts

I wrote this short article about the origin of HUSK and the ideas behind the novel. The book will be available May 31 in the UK and Sept. 1 in the US.

Posted by Dave Zeltserman at 7:59 AM No comments: