For this Halloween Season

Looking for some creepy, fear-inducing horror books for this Halloween Season? 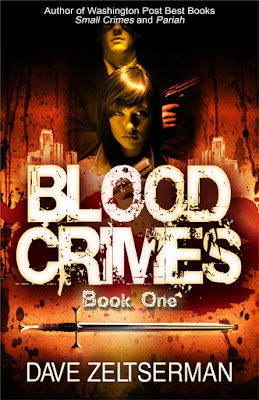 Blood Crimes is a genre-bending collision of dark urban fantasy and crime that rides shot-gun with Jim and Carol as they carve a homicidal path cross-country. Jim is infected with the vampire virus. Carol isn't. Yet. But they're united in their hunt for society’s most dangerous predators for Jim's dinner -- so he can feed without harming the innocent. What they don't know is that they're not alone. There are others on their trail, and the climax of Blood Crimes is a shocking jolt of pure mayhem and rock 'n roll violence.

"I've just read the manuscript of Dave Zeltserman's new novel, Blood Crimes. This is one of the few fresh takes on vampirism I've read in years. It's as if Charles Bukowski sat down and said, OK, Bram Stoker, how about this?" -- Ed Gorman, author of Cage of Night and The Poker Club. 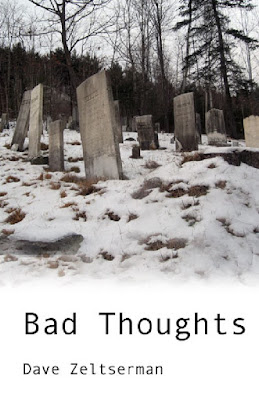 When he was thirteen years old, Billy Shannon came home from school one day to find his mother being murdered in their California home. Dying slowly of asphyxia, she is drowning in her own blood; a knife protruding from her open mouth and impaling her to the kitchen table. Twenty years pass, and Bill Shannon is a cop in Cambridge, Massachusetts, living with his wife Susie and trying to get a handle on the nightmares that have plagued him for most of his adult life. Every year, as the anniversary of his mother’s death approaches, the nightmares of his mother’s killer, Herbert Winters, get progressively worse until the blackouts come, and then Shannon simply disappears from sight to return home days later without a clue of what he has done while gone.

The 20th anniversary of his mother’s death is quickly approaching and Shannon desperately needs to figure out what he has been doing during his black outs, especially since women have recently started dying in the same grisly manner as his mother. His nightmares are getting worse and the evidence against him is stacking up... Everything seems to be pointing to one of two possibilities: Shannon has gone insane or Herbert Winters is back to his old tricks. The problem is if it’s Herbert Winters, then he’s come back from a long way to torment Bill Shannon… back from the grave which Bill Shannon had sent him to twenty years earlier.

"This fast-paced, gritty psychological tale balances the fine line between mystery and horror" Library Journal
"Dark, brutal, captivating -- this is one hell of a book, the kind of book that doesn't let go of you once you start it. Dave Zeltserman is clearly the real deal." -- Steve Hamilton, Edgar-award winner for The Lock Artist 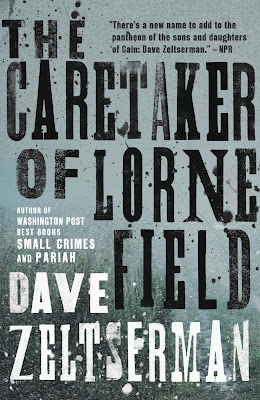 Jack Durkin is the ninth generation of Durkins who have weeded Lorne Field for nearly 300 years. Though he and his wife Lydia are miserable and would like nothing more than to leave, Jack must wait until his son has come of age to tend the field on his own. It's an important job, though no one else seems to realize it. For, if the field is left untended, a horrific monster called an Aukowie will grow?a monster capable of taking over the entirety of America in just two weeks. Or so it is said. . .

"Harrowing. Zeltserman colors it black with the best of them." Kirkus Reviews 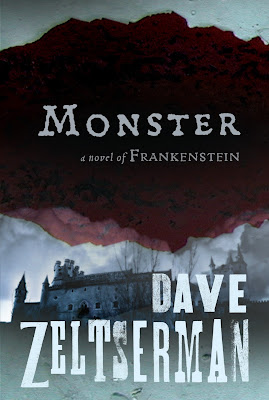 In nineteenth-century Germany, one young man counts down the days until he can marry his beloved . . . until she is found brutally murdered, and the young man is accused of the crime. Broken on the wheel and left for dead, he awakens on a lab table, transformed into an abomination. Friedrich must go far to take his revenge --only to find his tormentor, Victor Frankenstein, in league with the Marquis de Sade, creating something much more sinister deep in the mountains. Paranormal and gripping in the tradition of the best work of Stephen King and Justin Cronin, Monster is a gruesome parable of control and vengeance, and an ingenious tribute to one of literature's greatest.

"More impressively, Zeltserman's plot maps almost perfectly onto the plot of Shelley's novel — the key word being "almost." In its departures, the novel provides more than its cover price in entertainment. Vampyres abound, as do Satanic cults and the Marquis de Sade, preparing to enact the 120 Days of Sodom in a remote mountain castle. You don't get much more gothic bang for your buck." Los Angeles Times

"This is juicy material for Franken-fans, and Zeltserman is just faithful enough to the original that his many fresh contributions feel entirely normal. Well, abnormal, to be accurate, but deliciously so." Daniel Kraus, Booklist, starred review

"This reworking of Frankenstein is chilling and captivating!...A tale of justice, true love, and ultimate forgiveness, this gruesome novel is perfect for fans of Stephen King and similar horror stories." ForeWord Magazine, pick of the week

One Angry Julius Katz and Other Stories on sale now! 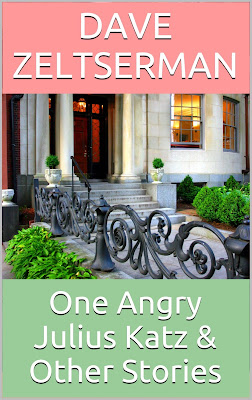 One Angry Julius Katz and Other Stories is on sale now for $0.99, which works out to 16.5 cents per story! Out of the six stories, only one is a Julius Katz mystery (which is also in The Julius Katz Collection), and features a teed off Julius and a very annoyed Archie. The other 5 are a mix of crime, horror, noir, and even a Western. Included in this is my Thriller nominated story A Hostage Situation, my Western noir, Emma Sue, which was an honorable mention for the Best American Mysteries Anthology, and When Death Shines Bright--a pure psycho noir story that was originally published in Cape Cod Noir.
Posted by Dave Zeltserman at 12:08 PM No comments:

The Haunted by Horror Podcast put out by Bookriot has some really good things to say about The Caretaker of Lorne Field (starting at the 5:55 mark) and Paul Tremblay's terrific A Head Full of Ghosts (56:15 mark) which it calls 'THE HOT NEW HORROR BOOK OF THE YEAR'. 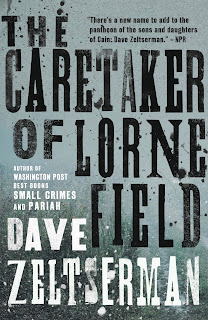 About The Caretaker of Lorne Field, the podcasts says (among other things): It's amazing... so much tension... the ending is fantastic... terrifying
Posted by Dave Zeltserman at 9:13 PM No comments: 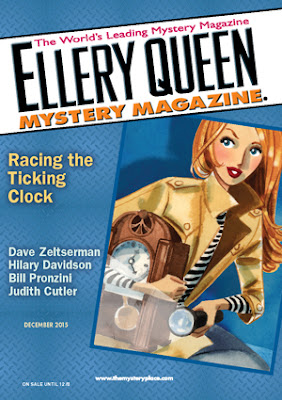 The latest Julius Katz mystery, Julius Katz and the Giftwrapped Murder, can be found in the latest issue of Ellery Queen Mystery Magazine. You can get a head start on the story and read an excerpt now!
Posted by Dave Zeltserman at 10:15 AM No comments: 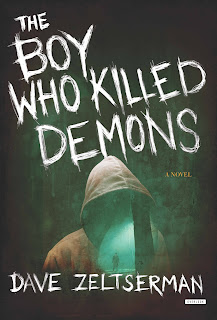 Oct. 13th is the official release date for the paperback of THE BOY WHO KILLED DEMONS. If you haven't done do yet, it's about time you go demon hunting with Henry Dudlow!

Posted by Dave Zeltserman at 9:36 AM No comments:

Small Crimes for the NOOK 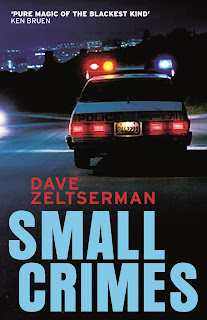 Small Crimes, which was one of NPR's top crime & mystery picks in 2008 and, along with The Caretaker of Lorne Field, is now being developed as a movie by Memento Films, is now available for the Nook.


Posted by Dave Zeltserman at 9:42 AM No comments: 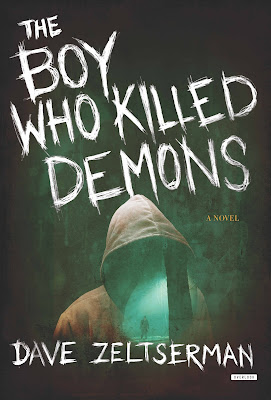 The paperback for The Boy Who Killed Demons is scheduled for Oct. 13th, but looks to be in bookstores now.

I have a new psycho noir story "Something's Not Right" in the recently published anthology JEWISH NOIR.

A new Julius Katz story coming! Look for 'Julius Katz and the Giftwrapped Murder' in the next issue of Ellery Queen Mystery Magazine.