Early word on THE INTERLOPER 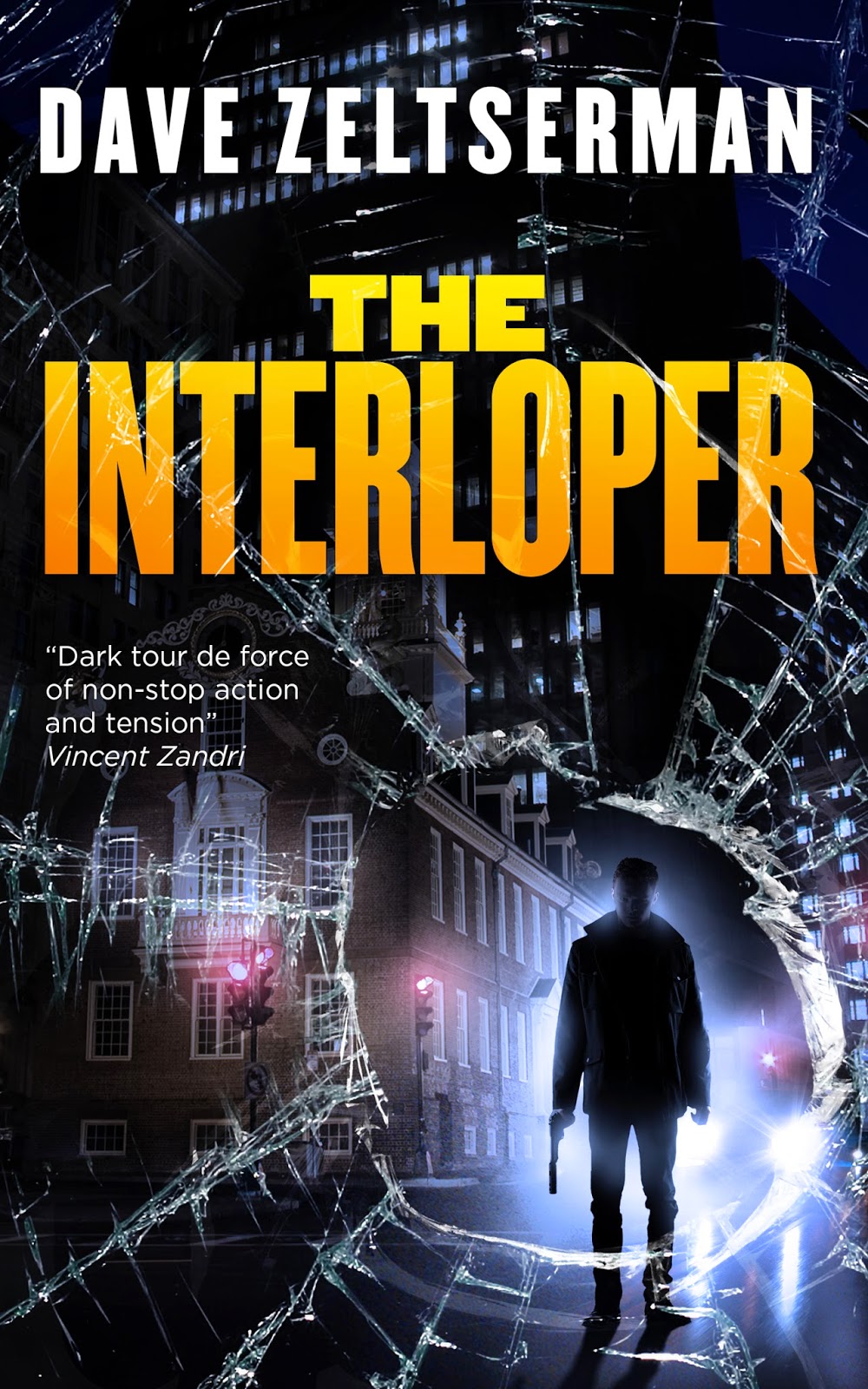 From Amazon reviews for THE INTERLOPER:

"Noir in the Grand Tradition...If you enjoy fast-paced, plot-driven, DARK crime fiction, then this is for you."

"Every page is explosive, and I'm looking forward to more of Willis's vengeance. If you like noir and ultra violence, this one's for you."

"Very entertaining piece of escapist noir. If you like Donald Westlake, you should enjoy this."

Posted by Dave Zeltserman at 8:25 AM No comments:

Vampires in a noir world 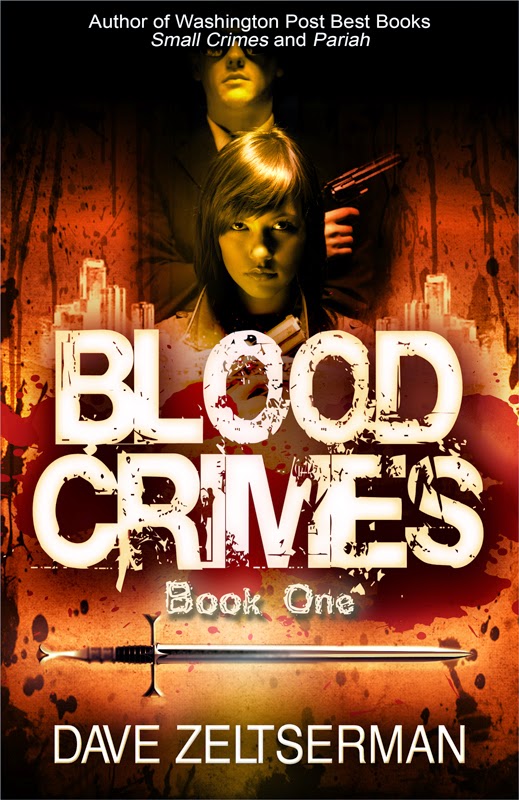 What do you get when you drop vampires into a noir universe? How about a wild ride filled with doomed lovers, stone cold sociopaths, heroin-snorting hedonistic vampires, a hardboiled PI, a secret lab conducting experiments that would sicken Josef Mengele, blood-splattering ultra violence and  drug dealing biker gangs. How about we just call it BLOOD CRIMES.

The vampires in BLOOD CRIMES aren’t supernatural creatures, but instead damaged and severely flawed individuals suffering from a virus that emulates vampire-like powers. At the center of BLOOD CRIMES are doomed lovers, Jim and Carol. Jim’s infected with the vampire virus, Carol isn’t. Jim needs to kill to eat, and he and Carol travel the country finding the most dangerous predatory scum for Jim to feed on. In order to assuage his guilt over killing his victims, Jim further needs to catch these predators in the act of harming Carol so he can rescue her before killing and feeding on them. Carol has her own serious emotional and psychological baggage and she needs this every bit as much as Jim does. Hot on their trail is PI Donald Hayes. Hayes is smart, capable, honest; someone that Lew Archer would’ve probably enjoyed having a few beers with. Hayes has been hired to track Jim down and is beginning to suspect that Jim is a serial killer leaving dangerous bad guys dead in his wake. Hayes’s client is Serena—a beautiful and deadly femme fatale vampire who leads a clan of hedonistic vampires in Manhattan, and is not at all happy that Jim escaped from her compound (hell hath no fury like a woman scorned?? try Serena!). In the shadows of all this is Metcalf, my most sociopathic creation to date. In some ways Metcalf could almost be a twin of Victor Petrenko from Outsourced, but ultimately he’s scarier and more cold-blooded. This cast of characters end up colliding with a vicious drug biker gang in Cleveland for my most violent and highest octane book climax.

This short excerpt shows Jim’s indoctrination into Serena's world after being infected with the vampire virus:

Posted by Dave Zeltserman at 7:12 AM No comments:

An army of Interlopers! 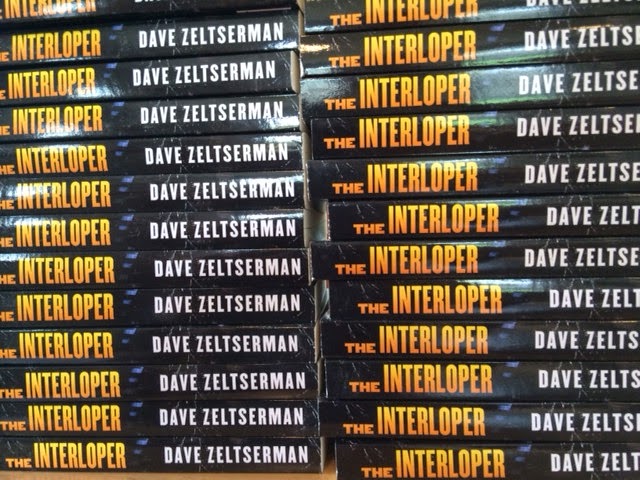 Posted by Dave Zeltserman at 6:55 AM 2 comments: 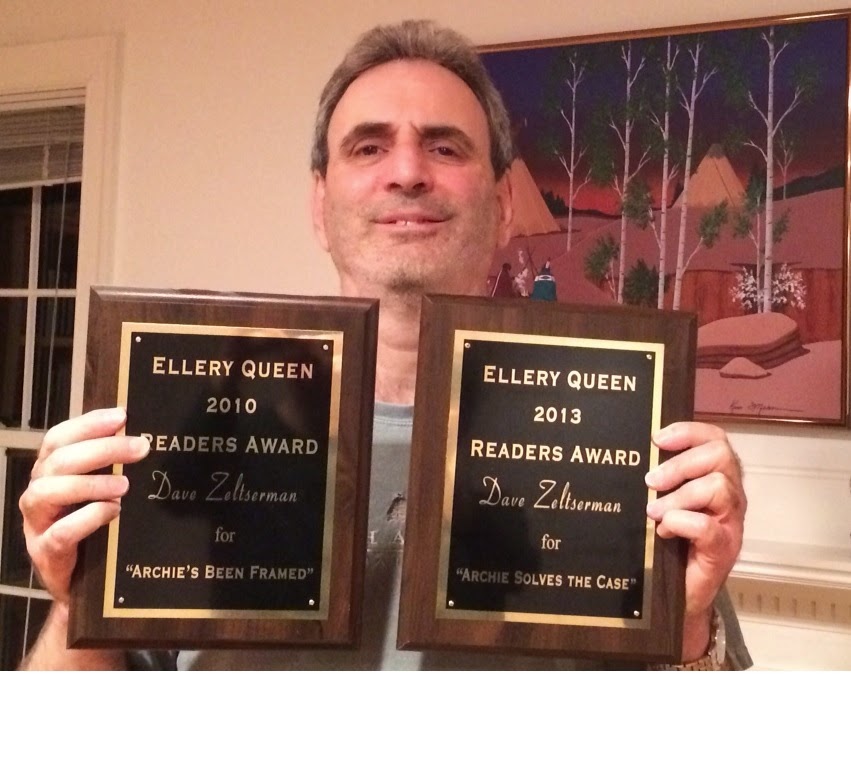 Posted by Dave Zeltserman at 10:10 PM No comments: